Foldable and dual-screen laptops are the hottest trends in tech, and Dell doesn’t want to get left behind. The laptop maker unveiled at CES 2020 today the Concept Ori and Concept Duet, two prototype devices that could transform the way we work and play.
We got to go hands-on with both devices prior to CES 2020 and got a feel for what the future of computing might look like.

What are Concept Ori and Concept Duet?

Concept Ori and Concept Duet are prototype devices Dell is developing that use dual-display and folding display technologies. Concept Ori is a foldable PC with a 13.3-inch OLED panel while Concept Duet is a dual-screen device that replaces a keyboard with a second 13.4-inch LCD display.

The benefit of Ori’s foldable display comes down to portability and productivity. Bending Ori’s display creates two separate panels to work on while folding it closed cuts the device’s length in half.

Concept Duet is a different animal. It has two 13.4-inch displays separated by a hinge. The idea is simple: two displays means greater productivity. Of course, you still need a keyboard so Dell will offer a Bluetooth option that works separated from the device or attached to the bottom section.

Concept Ori is unlike anything on the market but my hands-on time with the device evoked memories of using Lenovo’s ThinkPad X1 Fold. The two devices are similar, although Lenovo’s device is further along and already set to ship in mid-2020 running Windows 10 Pro.

When closed, the Ori is about the size of an A4 sheet of paper. This makes it easy to slip into a purse or handbag. At the same time, folding the Ori doubles its thickness. It’s almost ironic that the future of computing is a complete reversal from the endless competition among manufacturers to make laptops as thin as possible. Still, there is a familiarity to Ori’s thick rectangular shape that reminds me of holding a dense notebook.

Dell hasn’t finalized the Ori’s materials but the prototype we saw had a pleasant soft-touch cover. Centered on the front is Dell’s circular chrome logo. A few imperfections with Ori’s design broke the spell and reminded me that this is still very much a prototype. For example, the screen didn’t fold perfectly flat so I could see a slight slight crease in the middle. Dell assures us that they’re working on a fix.

Opening the device reveals its flexible 13.3-inch OLED display. The panel looked marvelous in the brief time I had with the Ori. Colors were richly saturated and text looked so sharp that I had no problems reading small font. If you’ve stared mouth open at OLED TVs at your local electronics store, then imagine a similarly beautiful display sitting in the palm of your hands.

Dell showed the Ori off with a detachable Bluetooth keyboard that magnetically attaches to the bottom half of the display so you can use the Ori as a regular clamshell laptop. When you’re done using it, the keyboard can be stored on the outside of the device, again, with magnets. It works fine but is a less elegant solution than sandwiching the keyboard between the two halves of the device, as the Thinkpad X1 Fold does.

We know foldable display technology works, but what will people do with it? Dell walked me through several demos that showed off some of the use cases the new form-factor enables. In one, the device is folded and a video call is playing on the top half while the user is taking notes on the other half. When the call ended, I unfolded Ori so the screen was flat, and watched a movie trailer using the entire 13-inch panel.

These are just a few ways foldable PCs give people new ways to be productive, but Dell says more will be unlocked once people get their hands on the foldable.

Dual-screen laptops aren’t new. Asus has been leading the charge, an effort that brought us the glorious ZenBook Pro Duo.

Concept Duet is also a dual-screen laptop but differs in that it ditches the keyboard altogether for a second 13-inch panel. The closest thing I can think of to using the Duet is connecting a 13-inch laptop to a 13-inch portable monitor. Except, in this case, all that display real estate is housed in one device.

I’ve never been a proponent of detachables or tablets because they don’t have keyboards. Fortunately, Dell recognizes the importance of typing with a physical keyboard so it built a wireless model that magnetically snaps onto the bottom portion of the device. When you slide the keyboard up, a digital touchpad appears so you can use the Duet as a clamshell laptop.

I wasn’t sold on the Duet until I saw how the second display could enable new ways of being productive. If you want to plan a trip, you can put a map with location destinations on the top screen while crafting our day-to-day plans on the bottom. You could also have a video playing on one display while you take notes on the other. I can see this being useful if you’re watching a cooking demo and want to make an ingredients list, for example.

My favorite and perhaps the most natural way to take advantage of the second screen is to turn the Duet into a proper e-book.

What we don’t know about Concept Ori and Duet

Concept Ori and Duet are still prototype devices, so there is a lot we don’t know about them. Dell isn’t saying what components — CPU, RAM or GPU — they will pack. The design and materials aren’t finalized and Dell is still working on software to improve gestures for the Duet. 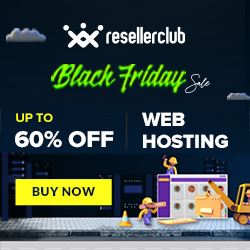